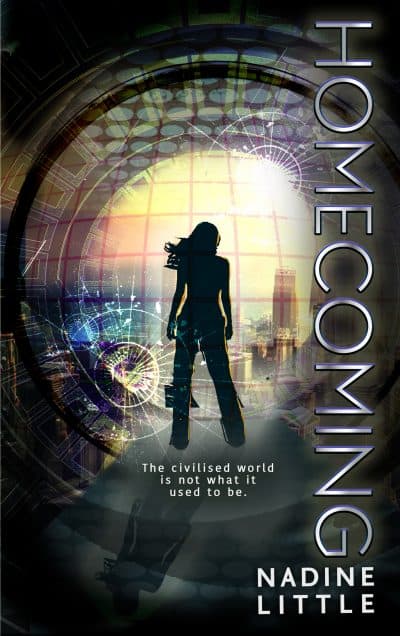 Anita Carmichael has made it to the free world. Free of war. Free of death. But rife with scheming politicians. When she is forced back to Scotland, she has to decide if saving a broken country is even worth it if she risks losing the man she loves.

“You’ve been in the wars, Miss Carmichael.”

The rest of the world is a little more battered than Anita Carmichael remembers. But no one has tried to rape or kill her, so that’s nice.

She settles in to an austere New London and a normal life. Meeting her boyfriend’s family. Reuniting with her parents.

But the UK government has other plans.

Forced back to Scotland to investigate a new threat, Anita infiltrates Inverness, the stronghold of Alba gu Brath. Is the faction harbouring weapons of mass destruction? And is saving a broken country even worth it if she risks losing the man she loves?

Homecoming is one woman’s hope to find her place in a world without war. And her battle to stay there. If you like sacrifice, scheming politicians and the risk of global catastrophe, you’ll love the explosive finale to Nadine Little’s Faction War Chronicles. Buy Homecoming and witness Anita’s final battle today.

Content warning: this book is written in British English and contains swearing, sex and violence (including sexual harassment and an attempted acid attack). Some scenes also include PTSD flashbacks to torture.