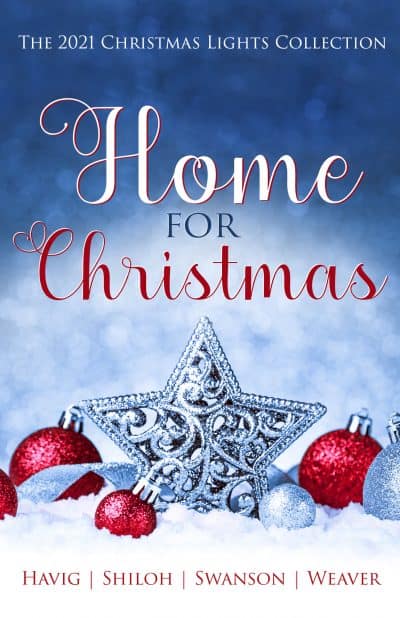 The Stars of New Cheltenham by Chautona Havig
Christmas in Rockland—battleground or romantic?

Avalon is ticked—seriously livid. Who does this Marine recruiter think he is? Her brother is a boy and is not ready to be sacrificed on the altar of “service to your country.” No. Thank you. When trying to talk sense into Max doesn’t work, she does the only think she can think of. Take it to the top.

Gareth Hudson has an exemplary record as a Marine recruiter and knows a good man when he sees one. So when Maxton McCollum starts asking questions in a diner one afternoon, it was obvious. This was a match made in military heaven. One young man anxious to serve his country. One country ready to train him to be the best version of himself.

So when Avalon walks into Gareth’s recruiting office, all the wrong kinds of fireworks explode. In a peacekeeping move unlike him, Gareth asks for four Saturdays to change her mind. If he can’t, he’ll suggest that Max wait six months before signing up.

Romance wasn’t part of the bargain, and with their age difference, Gareth knows it still shouldn’t be, but how do you resist the pull of love at Christmas?

Most Wonderful Time by Toni Shiloh
Gabe Lewis loves Christmas, just not as much as his eccentric mother who gave him and his siblings Christmas names. When he discovers that his new co-worker Shanée Mitchell wants nothing to do with the season, he makes it his mission to show her the true meaning. But he never expected feelings to develop for the Air Force veteran. Can he take a chance that she feels the same way or miss the best gift of all?

The Road Home by Cathe Swanson
Tally has tried to leave her military history far in the past, but she’s not ready to go back to her former life, either. Can an old army buddy help her find a new road home?

Now and Forever Christmas by Jaycee Weaver
Romance ruined their friendship. Could this be the Christmas they repair it?

CJ Sinclair never imagined trading her chef’s toque for the domestic life, but helping out her pregnant sister lets her regroup after a bad case of burnout. Though, if she’d known it meant spending time with her first ex, or that they’d be almost as awkward as in high school, CJ might’ve fled to Mexico instead.

The past eight years as a professional musician for the US Army prepared Tobin McGhee for his new job as high school band teacher. They didn’t prepare him for how he’d feel seeing CJ again. This time, though, he won’t make the same mistakes.

Can they make holiday music together and rekindle the friendship they once had, or will romance ruin everything again?