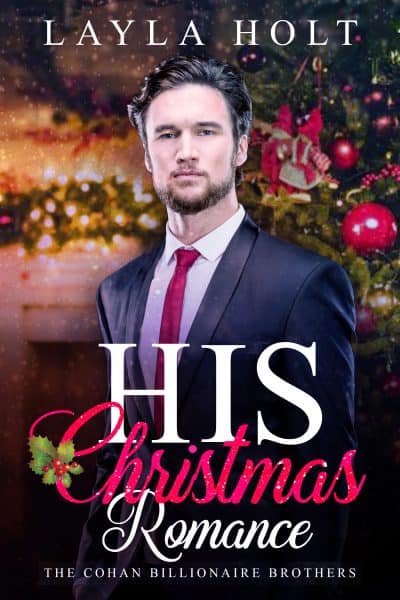 Jaime returns home for the holidays a broken man. All he wants is to be left alone, but his family just don’t get it. Then he meets Ariana, The princess of Asencia. A fake engagement is the perfect solution, until the lines between fake and real become blurred.

A billionaire with PTSD, an undercover princess and a fake marriage that confronts past wounds.

Not for Jaime Cohan. He can’t believe how drastically his life has changed, and not for the better. Jaime never once thought that PTSD would feature in his life; after all, he’s a businessman, not a soldier.

A short stint in Afghanistan to tour the company charity projects, results in a three-month, horrifying ordeal when Jaime is kidnapped by rebels.

He returns home physically healthy but broken inside—A different man from the carefree one who left home months earlier.

His family believe that love, marriage, and a little Christmas magic dust is all that Jaime needs to be happy again. There’s only one problem: even if he agrees with them, which he doesn’t, what woman would agree to marry a broken man unless there’s something in it for her?

Enter Ariana, the royal princess of the European Kingdom of Asencia, except no one knows this, not even her fake fiancé. She has her own reasons for keeping her identity a secret and for agreeing to a fake marriage.

Can the love and warmth of Christmas, aided by a certain princess, thaw Jaime’s heart and help him recapture his faith in love?