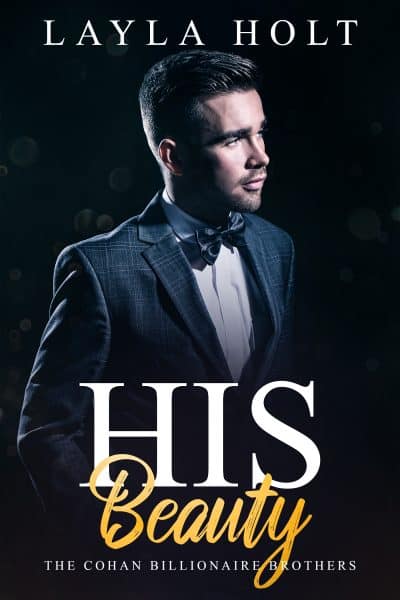 His Beauty: An Enemies to Lovers Office Romance (The Cohan Billionaire Brothers Book 3)

She's loud-mouthed and rude and definitely not his type at all. Why then is he drawn to her? Why does he find her laugh cute and why can’t he stop dreaming about her? And why, when she’s in his arms, does he feel as if his wandering spirit has finally reached home?

He’s the kind of man she knows to stay away from—Rich, arrogant, self-obsessed, and sexy.

In other words, a carbon copy of her ex. The one who took one look at her scarred face and broke their engagement.

Luckily, there’s no chance that her boss Lance Cohan would be interested in someone like her. Men take one look at her face and take off in the opposite direction.

Corrine is fine with that. She’s in Lockwood to take care of her eccentric aunt and to regroup after a horrible accident that left her face badly scarred.

Lance has met his share of loud-mouthed, rude women. But he’s never had one in his office. His first instinct is to fire her, but he has enough on his plate trying to convince his brothers that Candin Inc needs to expand and grow with the times.

Corrine is not his type at all, and more importantly, he has been burned before and has no intention of getting involved in an office romance.