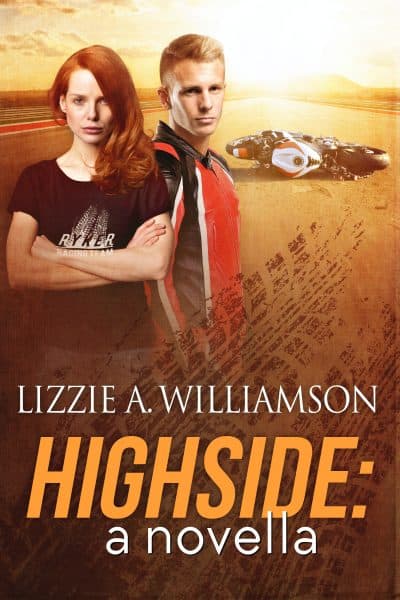 by: Lizzie A. Williamson

On the dawn of a new MotoGP racing season, no love is lost between Team Principal Breanna O’Donnell and rider Jesse Mitchell. This novella chronicles their relationship until Brie suddenly finds her livelihood ripped away from her in the most humiliating way possible.

Breanna O’Donnell is a hard-nosed businesswoman, and her childhood made sure of it. The abuse from her father seemed endless until she and her twin brother, Finn, were saved by the Mitchell family. It’s under their loving care, surrounded by their five children, that she understands love can come without pain.

Jesse Mitchell teaches Brie that true love is no fairy tale. He has always been the confident MotoGP rider, even when circumstances leave him broken. As long as he has Brie, he’s sure everything will be okay—until she reveals she’s keeping a bombshell of a secret from him.

Despite their misgivings, Brie is still willing to give Jesse the world, until the one thing she can’t forgive sends her running.

Every story needs a beginning, and this is just the start for Jesse and Brie.

This book is not a HEA—it is a backstory for the upcoming Between the Lines series.