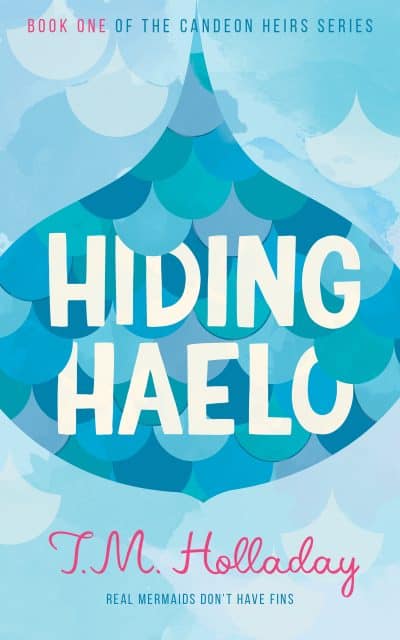 Haelo Marley lives every day as a lie. But she’s not the only one with secrets. Fans of paranormal folklore and slow-burn romance will love this epic series about the battle between what we love, what we choose, and what is chosen for us. *Real mermaids don’t have fins.*

Haelo Marley lives every day as a lie. She is a mermaid, but not the fishtail-and-seashell-bra type. A real mermaid. A Candeon, posing as a normal San Diego teenager in her last year of high school, while secretly diving into the sea in order to survive.

But Haelo’s not the only one keeping secrets. There’s a lot she doesn’t know about the Candeon world, and about the vital role she’s expected to play in it. Every mystery she unravels—from the meaning of the mosaic of scales on her back, to the identity of Dagger, the mysterious boy down the street—draws Haelo closer to a fate that she never chose, and to danger that she never imagined.

No longer able to safely stay in San Diego, Haelo makes her way toward the destiny (and the secret fiancé) waiting for her in the Candeon capital of Pankyra, with Dagger as her guard. But as she and Dagger grow closer, the lines between duty and desire become blurred, threatening the future of the entire Candeon Empire.

Fans of paranormal suspense, ancient folklore, and slow-burn romance will love this epic, coming-of-age fantasy series about the battle between the things we love, the things we choose, and the things that are chosen for us.