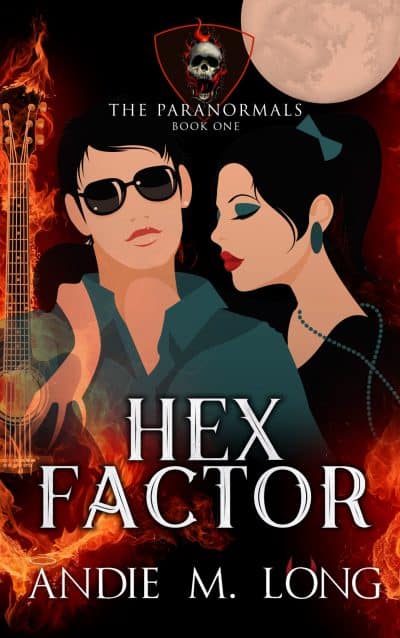 Welcome to the backstage world of hot new band The Paranormals! Vampire guitarist Noah has to face the music when he bumps into sassy ex, Stacey. She’s also competing in the talent show Britain’s Best New Band. Will they win a competition or each other’s hearts?

Vampire guitarist Noah is about to face the music . . .

At auditions for Britain’s Best New Band, things get awkward when Noah bumps into his old high school sweetheart and sassy ex. The one he dumped to form his band, The Paranormals.

Witch Stacey has never forgotten Noah’s betrayal. Determined to charm the judges with her own band and win the recording contract, it will be the perfect revenge on her ex.

But as the competition heats up, so does the chemistry between them, until one of the show’s presenters going missing threatens everything.

With ghosts on the loose and bands who will stop at nothing to win, can Noah and Stacey survive the competition and claim each other’s hearts? Or are they doomed to be just another cliché of Hex, blood, rock and roll?

A standalone series, but better when books are read in order.