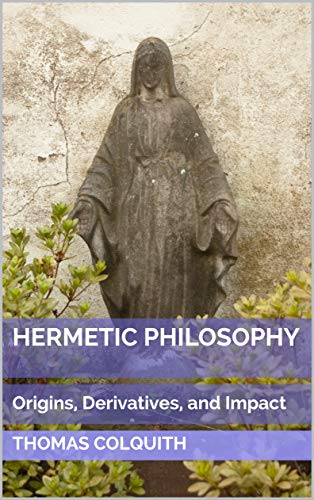 An eye-opening study of symbols, myths, religions, history, culture, and the occult. 424 pages—chock full of information. This book puts so many things into perspective, creating a frame of reference for all human history and exploring the coming end of the age.

This book explores who we are, where we came from, and where we’re going by studying humanity’s myths, parables, and symbols, which may hold the needed clues. Old arcane knowledge, or Hermetic Philosophy, is delved into and then applied to the world around us, as well as to the End Times scriptures of Christianity. This book seeks to create a holistic view that can answer life’s mysteries, such as who are aliens, giants, demons, watchers, and fallen angels, and how have they influenced humans across time and culture. By reviewing the myths of ancient Egypt, Babylon, Greece, and Rome, insights can be gleaned, which can then be compared to the Judeo-Christian tradition, yielding some interesting observations.

This book also gives the probable dates for the start and end of this age, while revealing the mystery of such numbers as 17, 33, and 42. Look inside to see where this is all going, what must occur, and when the Messiah may return.