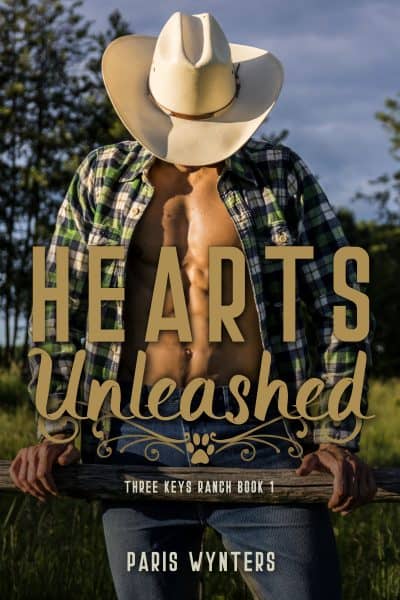 Can a K-9 veteran help her former handler and her new mom heal from past wounds enough to open their hearts to one another? Perfect for fans of AJ Pine and Jennie Marts.

Life after the Army is complicated. So is falling for the boss’s daughter. John must get his heart to fall back in line or he’ll lose everything he fought for.

After an IED ends his military career, Major John Rathborne struggles to re-adjust to civilian life as a veteran. Haunted by the death of his friend, John’s determined to find his canine partner, Koda, now retired and re-homed. The last place he expects to find her is on a ranch in Montana where he lands a foreman job and a chance at a new start.

Katie Locke just wants the new guy gone. She doesn’t need some stranger invading her ranch, no matter how much her father insists they need the help. But she can’t ignore John’s brooding presence, and even her dog shares an uncanny bond with him. When her father suffers a heart attack, Katie has no option but to put her differences with John aside to save the future of Three Keys Ranch.

As they slowly find a common bond and their attraction heats up, both realize they must heal from past wounds if they want to explore a relationship. But John hasn’t told Katie about certain parts of his life—including that he and Koda had once been partners. When they learn someone is out to destroy the ranch, and Katie is in their crosshairs, John is determined to protect her at all costs. But can he open his heart enough to save their blossoming relationship? Falling for the boss’s daughter was bad enough, but allowing Katie to see all of him could mean losing everything he’s fought for . . . including Koda.