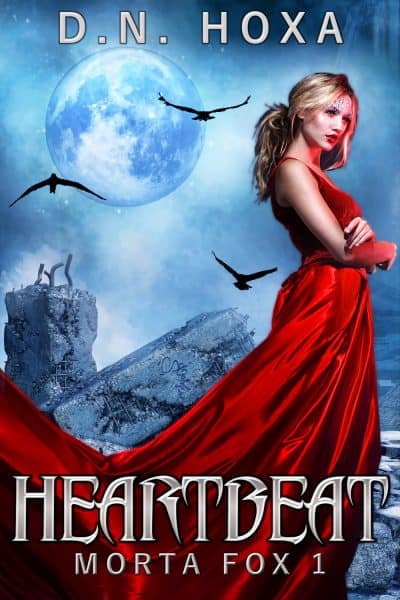 To Morta Fox, a 20-year-old girl living alone outside the Wall of Protection, waking up with a craving for blood is something she never imagined could happen. To make matters even worse, a vampire who calls himself Hammer takes away her last attempt at self-destruction.

Almost twenty years ago, earth shook from explosions that killed billions and wiped away civilization. Only a small part of the city of Boston remained intact.

To Morta Fox, a twenty-year-old girl living all alone outside the Wall of Protection, waking up with a craving for blood is something she never imagined could happen. To make matters even worse, a vampire who calls himself Hammer takes away her last attempt at self-destruction.

Hammer has been chasing Everard—the vampire last seen with his missing mate—for a year. Right before he finds him, he witnesses a girl jump off the tenth floor of a building. Though her bones break, she heals just as fast. When she stands up, she runs as fast as only vampires can. But she can’t possibly be one, because . . . she has a beating heart.

When Hammer saves Morta against her will, she’s furious. Until he proposes a deal.

If Morta agrees to help him find her Lord Everard, Hammer will, in return, kill her. It’s a simple deal. They even make a promise, and in the vampire world, promises cannot be broken.

Nothing goes as planned. Morta soon discovers that her beating heart is not the only thing that makes her unusual, and Hammer is the only one who is willing to protect her. Being equally stubborn, it takes a long time for them to admit that constantly saving each other from harm has nothing to do with their deal, and everything to do with how they feel.

By the time that happens, Morta’s part of the deal is completed, and Hammer has only seven days left to fulfill his. What happens to a vampire when he doesn’t keep his promise?