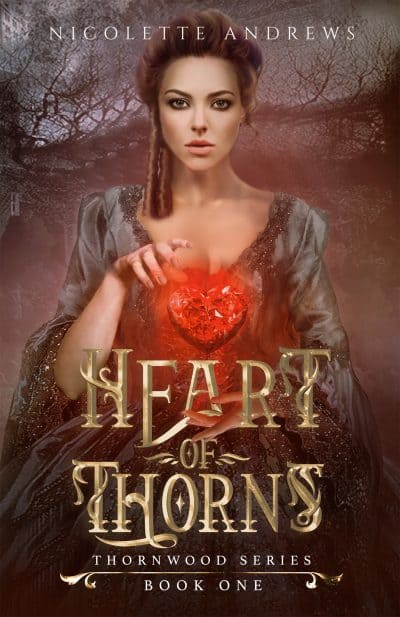 She pretended she could not see them. They told her the fae weren’t real. Then one of the fae cut out a woman’s heart and she could no longer look away.

She pretended she could not see them. They told her the fae weren’t real. Then they cut out a woman’s heart and she could no longer look away.

Catherine’s first memories were of the fae. They visited her in her garden and wove garlands of flower in her hair. She offered them saucers of cream and honey. But they repaid her in tricks and misfortune. Her parents didn’t believe her, no one did, and so all her life she took the blame for their mischief. When Catherine arrives at her new home in the village of Thornwood, she determined to put her past behind her and live a normal life. That is until a girl is murdered by one of the fae.

She has spent a lifetime looking the other way. She convinced herself she was mad and that the fae were not real. But a chance meeting with the handsome gardener, Ray Thorn, throws into question everything she thought she believed about the fae. She can no longer ignore the truth. Because the killer is after women who can see the fae and Catherine is their next victim.

While the killer’s shadow looms, Catherine and Ray uncover more about her power and the dark secrets Thornwood hides. But time is running out, and to find the killer, Ray brings her into his world, the mesmerizing and deadly faery. She should know better than to trust one of the fae. Making a deal with him could jeopardize everything she’s worked for, but if she doesn’t, she’ll be the next to lose her heart.