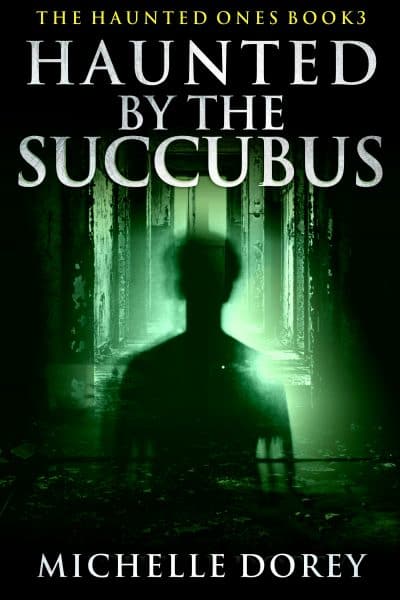 Haunted by the Succubus (The Haunted Ones)

Born with the gift of second sight, Adam was marked by the demon at an early age. Now that he’s an adult, it’s come for him. When Adam fights back, the spurned she-beast rages, determined to destroy him. An eerie tale in the traditions of Odd Thomas and Rosemary’s baby.

He was marked as a child. The evil entity returns to claim him . . .

Adam is a typical nineteen-year-old guy, except . . . he isn’t. Born with uncanny abilities, he could be a great help to people—could be, if he wasn’t such a slacker. Instead, he’s obsessed with his nonexistent love life, trying to hookup and constantly striking out at the local watering hole.

Marked when he was twelve by a powerful spirit, he encounters it again. It’s been waiting for him to mature and now he’s definitely ripe.

Adam is revolted by the evil succubus. Even a wannabe Lothario like Adam has some standards! When he rejects the horrifying “offer,” the enraged demon strikes back. Bodies start to pile up. Making an already terrifying situation worse, the evidence points to Adam as the murderer.

He flees his small town and ends up in Saranac Lake—exactly where his stalker wants him. Now it’s up to him to finally man up and fight.

All hell is about to break loose.