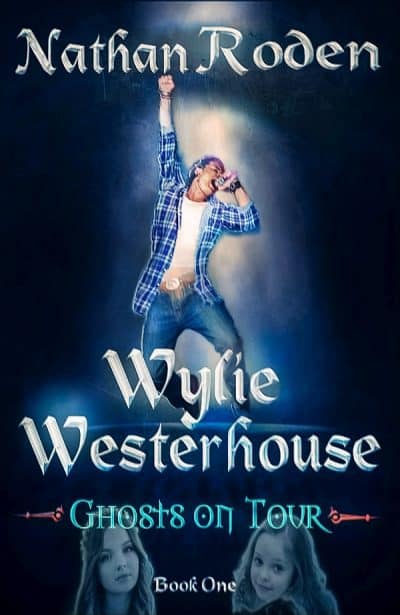 Wylie’s one chance at success disappears when his manager breaks the law and flees the country with Wylie’s girlfriend. Now he only plays his music at local clubs. But when he meets Holly, a girl who can see and communicate with ghosts, everything changes.

A voice. A medium. A haunted Scottish castle in Missouri?

Wylie was this close to being “America’s Brand New Voice.” When his manager broke the law and fled the country with Wylie’s girlfriend, his one chance at success spiraled down the drain. Nowadays, managing a music store pays the bills while Wylie plays the clubs in Branson, Missouri. A new friendship, however, could change everything . . .

Holly can see ghosts. Ever since her family moved into a Scottish castle, she’s been able to communicate with the dead. When a flood kills local tourism and forces Holly and her uncle to sell the castle, she follows the castle’s ghostly inhabitants . . . all the way to Branson.

After Holly shares her “gift” with Wylie, the magic girl and the musician must team up to save the castle from a group of Branson ghosts out for much more than blood.

Wylie Westerhouse: Ghosts on Tour is the first book in a series of supernatural new adult novels. If you like dark ghost tales with more than a touch of humor, then you’ll love Nathan Roden’s mysterious and entertaining campfire tale.