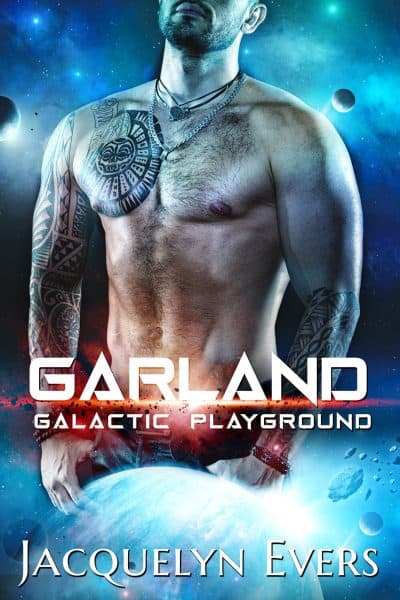 by: Edita A. Petrick

Pleasure comes with a fantastic price tag on Garland. Those who seek it are guaranteed a safe outlet for their darkest passions. Those who provide such service have been known to leave the world fabulously wealthy. And then there is the majority, who never leave.

Pleasure comes with a fantastic price tag on Garland, the only habitable world situated in a neutral star system. Those who seek it are guaranteed a safe outlet for their darkest passions. Those who provide such service have been known to leave the world fabulously wealthy. And then there is the majority, who never leave.

As part of a prison work program, Tack designs interactive virtual sex games. In a scant three years he has developed a reputation as a “span master” whose imagination can always bridge between two lusting organic life-forms in a coupling of wild ecstasy. That’s how the warden advertises his services on a galactic billboard. Although his contact with clients is always on-screen, no matter who the client is, or how far away, Tack has yet to design a virtual sex fantasy that fails to please humanoid pleasure seekers. Whether it’s the perverted and deranged, or desperate and desiring, he has to please them all, because a single failure would see his warden sending a signal to his collar shackle that would blow his head off.

Considering that he was born in a refugee compound, sold into slavery as a child at a federal auction, spent twenty years serving a syndicate of gangsters who set him up, and then was charged with piracy and incarcerated in a federal prison, Tack is unhappily but safely serving his sentence when a client walks into his prison cell.

She is Sayal, a gorgeous young girl from a backwoods colony. She wants him to design a virtual sex postcard for her fiancé who just happens to be the sadistic son of the gangster who set Tack up three years ago, and is the reason why Tack is in prison.

The moment she walks into his prison cell, Tack is seized with a horrible foreboding that, unlike his prison sentence, his luck has just run out.