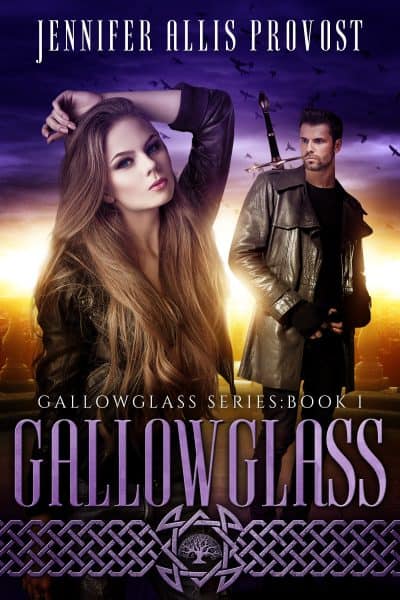 Karina didn’t set out to free the Seelie Queen’s gallowglass. Now she’ll do anything to keep him.

Karina didn’t set out to free the Seelie Queen’s gallowglass. Now she’ll do anything to keep him.

After Karina and her brother, Chris’s, lives fall apart in separate yet equally spectacular ways, they leave New York behind and head to the UK. Karina buries herself in research for her doctoral thesis, all the while studiously not thinking about the man who broke her heart, while Chris—who’d been a best-selling author before his ex-fiancée sued him for plagiarism—drinks his way across the British Isles.

In Scotland, they visit the grave of Robert Kirk, a seventeenth-century minister who was kidnapped by fairies. No one is more shocked than Karina when a handsome man with a Scottish brogue appears, claiming to be the Robert Kirk of legend. What’s more, he says he spent the last few hundred years as the Gallowglass, the Seelie Queen’s personal assassin. When they’re attacked by demons, Karina understands how dearly the queen wants him back.

As Karina and Robert grow closer, Chris’s attempts to drown his sorrows lead him to a pub, and a woman called Sorcha. Chris is instantly smitten with her, so much so he spends days with Sorcha and lies to his sister about his whereabouts. When Chris comes home covered in fey kisses, Karina realizes that the Seelie Queen isn’t just after Robert.

Can Karina outsmart the Seelie Queen, or is Robert doomed to forever be the Gallowglass?