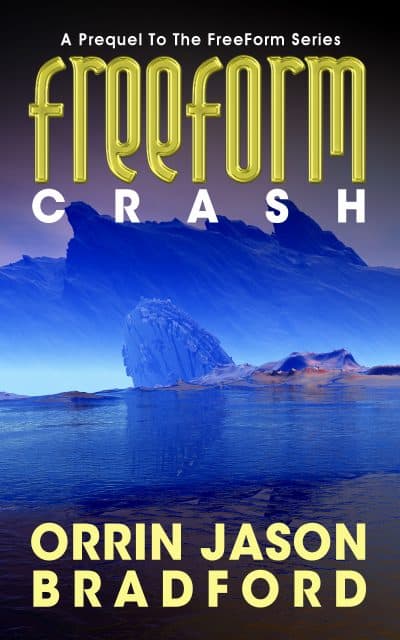 FreeForm: Crash: A Prequel to the FreeForm Series (FreeForm Book 0)

The world won’t know what hit it… Tasked to assess a Level III Civilization deep in space, Sluneg is fast-approaching the respective planet—one known only as Earth…then all hell breaks loose.

Tasked to assess a Level III Civilization deep in space, Sluneg is fast-approaching the respective planet—one known only as Earth. When his vessel experiences a grave malfunction, an unlikely assistant may guide him to safety, but, without a quiet landing, the entire mission will be put in jeopardy. Can Crenosian technology live up to its intergalactic renown?

B.I.U.F.O.’s secret task force hasn’t missed the object barreling down on them, and, with lack of a better option, recently inducted field agent Pat Vogt is chosen to investigate. Somewhere in the mountains of North Carolina, a seeming aircraft is set for collision, but no one could possibly imagine the repercussions of its cargo.

Aboard, a dark cocoon is pulsing. Now, it’s a race against time.

In this pithy prequel to The FreeForm Series, Sci-Fi guru O.J. Bradford starts things off with a bang. Reinventing the novelette en route, Crash will captivate new readers and long-standing fans alike. Seeking a shortcut to serious fun? Your wormhole lies within.

Orrin Jason Bradford’s style has been compared to the “early works of Dean Koontz and the late great Michael Crichton.” Freeform: Crash is the prequel everyone has been waiting for in the action-packed, sci-fi Freeform series.