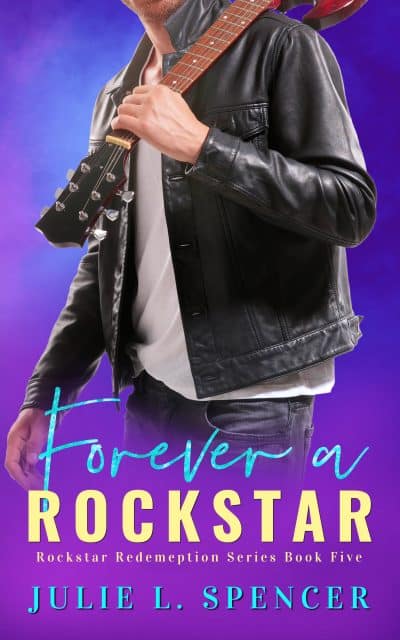 Can Ian and Nathanial set aside their differences and learn to work together? Can they find a new rhythm and recreate the sound fans expect from Buxton Peak? Or will tempers, pride, and outside pressures keep them from finding their way back to center stage?

In the beginning, it was all about the music . . .

Even a rock band as talented as Buxton Peak can’t stay on top forever. When drugs, betrayal, and tragedy rip the band apart, the guys find themselves short one drummer.

Nathanial Jackson plays drums for a small Christian rock band, but his talent exceeds theirs. He’ll never make it out of Nashville sitting behind them.

When the remaining members of Buxton Peak show up at Nathanial’s concert, he knows exactly what they want. A knowing glance and a handshake are all it takes to get him into the recording studio.

But starting over isn’t as easy as they thought. Ian believes his passion will be enough to keep his rock band from falling apart. He didn’t count on Nathanial challenging his leadership.

Can Ian and Nathanial set aside their differences and learn to work together? Can they find a new rhythm and recreate the sound fans expect from Buxton Peak? Or will tempers, pride, and outside pressures keep them from finding their way back to center stage?

This isn’t the end for Buxton Peak; it’s only the beginning…

Note from Julie: Thank you for taking the time to get to know the rock stars from Buxton Peak. I hope you love them just as much as I do. Even the bad boys still have good hearts. They are raw, real, flawed, down to earth characters and, although the books are clean, they have been described as edgy. Multiple times. That’s why I included edgy in the title. I want you, the reader, to know what you’re getting. I mean, what could possibly go wrong when you throw together a youth pastor from an inner-city church, an atheist womanizer, a Christian boy who served as a missionary for two years, and two recovering addicts, one of whom experiences a heartbreaking overdose. Cry with them. Hate them. Forgive them. Walk beside them as they fall in love, and sometimes out of love. And let me know what you think. I love feedback from my readers, and I look forward to hearing from you. Sincerely, Julie L. Spencer

***Note*** This book was originally published under the title Buxton Peak Book Three: The End of the Beginning. The author gave it a new title and cover to more accurately reflect the story.