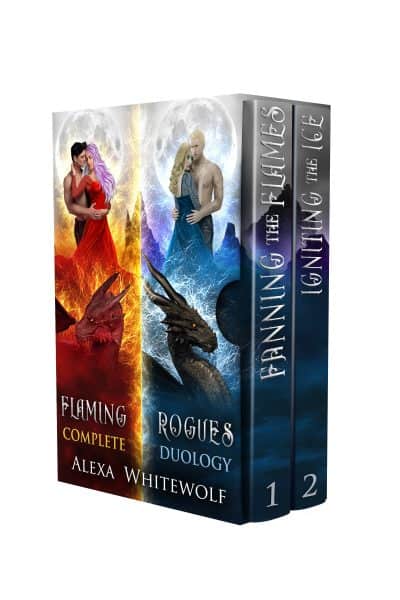 A brotherly bond shattered by deception. Two dragon shifters as broken as they are stubborn. Two women intent on saving their souls . . . Who will prevail in the ultimate dance of love?

Millennia ago, they ruled the Carpathian Mountains, and everything around them. Life was good . . . until it wasn’t. Now, these two brothers will burn the world apart in a dangerous game of sibling rivalry. Unless the women destined for them can rein their anger in, and fix what was broken long ago.

Tytus has one goal, and one goal only: fix what his brother Declan messed up in their ancestral home, and ensure the world is safe once more from his clutches. But his best laid plans get side-tracked by the witch accompanying him on his quest. Can he save her and his brother’s soul? Or is Declan so far gone, he’s without redemption?

Declan’s been the dark one, always. Now, for the first time, he has a chance to leave the past and all its hurts behind, if only he’ll do a pair of immortals one last favor. But when said favor lands him in the depths of the Underworld at Hades’ door, the price he’ll have to pay may be too steep, even for him . . .  Especially when the only way out involves using something he’s sworn to have lost: his heart.

A brotherly bond broken by deception.

Two zmei as broken as they are stubborn.

Who will prevail in the ultimate dance of love?

Flaming Rogues is a completed spinoff duology of the Moonlight Rogues wolf shifter series. Get ready for two very stubborn zmei that play at being dragon shifters, two equally feisty females keeping them in line, and a gazillion Romanian and Greek mythology references. Oh, and action. Let’s not forget the action.