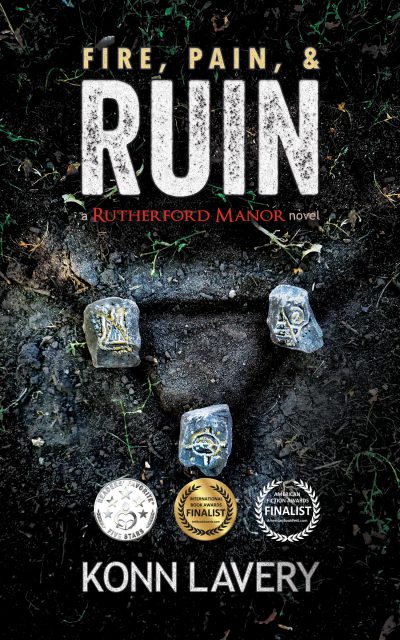 Join the Savidges and Fleshers as their bloodlines further intertwine with violence, black magic, lust, and the supernatural.

Rutherford Manor has entered a new era. Spalding Savidge and his wife Penny Savidge raise their twin daughters, Lisa and Louise, in hopes of a normal life. All while the Fleshers further their dark interest through secretive new contracts involving the government, ultimately funding Spalding’s wishful dreams of a simple life for his family. The past fails to stay behind as Spalding is haunted by a ghost long since forgotten. This leads him to lustful temptations, disregarding everything he stands for and challenging his morals to the core.

Lisa and Louise try to make sense of the abnormalities of their home—Uncle Nox’s secret laboratory, Uncle Billy’s large body-shaped bags, their mother’s headaches, and their father’s late work nights. They face adulthood traumas, trying to find their own feet against their violent heritage. Lisa struggles with the hardships of first love. Louise faces a tipping point due to the involvement of a new family in the town of Rowley, the Connors. Mr. Connors is the first to treat Louise with a kindship that she is unfamiliar with from men.

The twins discover otherworldly secrets from the midwives of Rowley. The Savidge girls join them in their ritualistic practices, unaware of the lurking evil that they are about to unleash. Nothing could prepare the midwives or the Savidge twins of the horrors that waited beyond the worldly. Some doors should be kept shut.

The Savidge twins learn that despite their growing differences, they must come together for their family, or they risk losing each other forever.