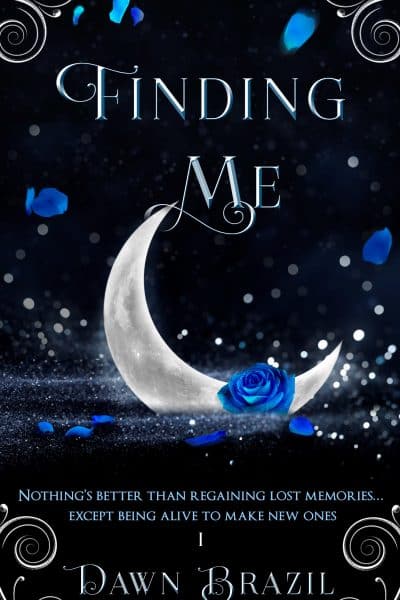 Finding Me: YA Urban Fantasy (Finding Me Book 1)

Nothing’s better than regaining lost memories . . . except being alive to make new ones. Chloe’s sheltered life has no room for the supernatural. Yet, she continually exhibits supernatural power.

Eight teens with extraordinary abilities are born on Earth, and unless they can stop an enemy that has plagued them through the multi-verse, they will die before their nineteenth birthday.

Major Complication: They have no idea who this enemy is, but they do know all life on earth will cease to exist if they do.

Sixteen-year-old Chloe Carmichael wishes someone had explained this sooner.

Chloe’s sheltered life has no room for the supernatural. Yet, she continually exhibits supernatural power. She witnesses the death of her boyfriend before it occurs, hears voices of people that aren’t present, and objects move when she’s angry. She cannot ignore the things that have transpired or the fact that they began when Chris Thomas arrived.

Chris, handsome and charming, arrived at Payton Prep, exploding with mystery. He, along with six other teens, weaves a remarkable tale for Chloe—one she’s reluctant to believe.

Her real name is Amanda. She and Chris are soul mates from another universe. They must fight to save the world from an enemy they can’t recall from previous lives.

And Chloe thought the SAT’s would be the most difficult part of junior year.

As she acclimates to this new life, she struggles with the perfection of Amanda and the imperfections of being Chloe. Her often-overwhelming attraction to Chris is as perplexing as the new super abilities she possesses. However, she must face a dubious truth: she may never recall Amanda or her infallible life, and if she does remember, she may lose Chloe forever.