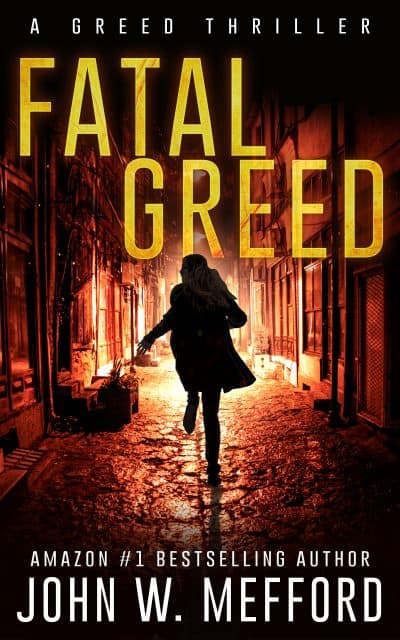 As Michael draws closer to unraveling a deadly conspiracy, will he be too late to stop a madman from murdering the only person he’s ever cared about?

But the forces of evil are just starting to destroy his life.

A corporate takeover bleeds into a private company. Behind the scenes, deadly deals erupt from the greed-filled hearts of the power brokers.

Can they be stopped?

For Michael, the thought of layoffs, of losing his own job to a bunch of arrogant jerks, feels like a kick to the jewels.

A spiraling string of events thrusts Michael into a life-or-death fight to save a tortured soul and hunt down a brutal killer—one who lurks closer than he ever imagined.

But as Michael draws closer to unraveling the deadly conspiracy, will he be too late to stop a madman from murdering the only person he’s ever cared about?