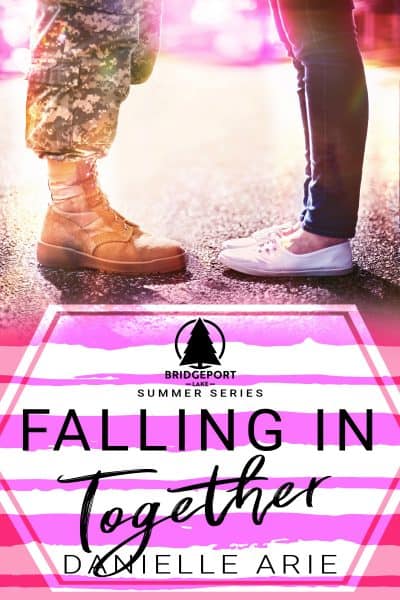 Falling In Together (The Bridgeport Lake Summer Series)

When 22-year-old Lauren Derian finds out that one bad mistake led to an unexpected pregnancy, she has to shake her terror and find a way to make it through her summer working at Bridgeport Lake Christian Camp. Keeping the pregnancy quiet, and adjusting her plans for fashion school in the fall might be doable. But she never expected to pass out at lunch on the day of her first doctor’s appointment. And she definitely didn’t expect the gorgeous new staffer at camp to be her only ride to her appointment.

It’s been a year since 24-year-old Carter Wilson’s wife passed in the freak car accident they were in. As a former Marine, he hasn’t been able to get past the fact that he couldn’t save her, or his leg. It feels like a twisted lifetime ago since he met her at Bridgeport Lake. When his old friend, Tucker, asks him to come work the rest of the summer at Bridgeport, he takes the opportunity, hoping to work through some of his pain. The job starts out basic, but when he meets a girl that rocks his world, and finds out she’s pregnant, his military instincts are triggered again, and he can’t ignore the intense urge to protect her.

But when protection turns to attraction, and when attraction grows into an unforeseen bond, Carter has to decide between the past he doesn’t want to lose, and the girl who somehow haunts his present.