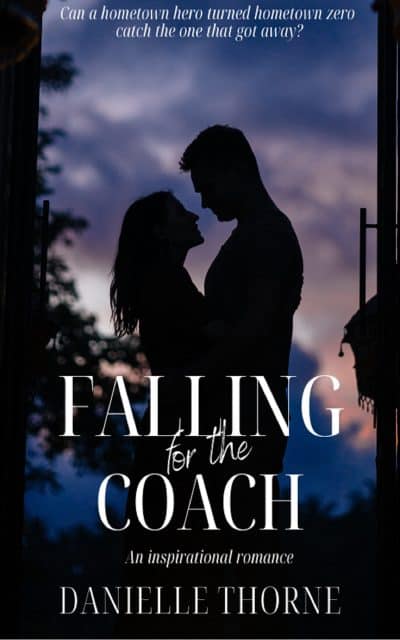 Falling for the Coach

The hometown hero is back. Can Lincoln convince Rachel he’s changed without falling head over heels all over again?

Rachel Montgomery could not save her brother, so she’s going to make sure her nephew, Wyatt, stays on the right path. When her former next-door neighbor, Lincoln Barker, moves back to Bear Hollow, she’s surprised to learn he’s the new gym coach at the elementary school and that he wants Wyatt on his football team. But Wyatt needs direction, and he has tutoring after classes.

Lincoln wants to get his life on track after ruining his coaching career on national television. He hopes Bear Hollow remembers how he carried them to the state championships, but small town rumors have made him the new joke in the hollow. To make things worse, his seventh-grade crush is still single, beautiful, and unimpressed with him, and she doesn’t want her nephew on the new football team Lincoln hopes will salvage his reputation.

Rachel isn’t interested in a football coach romance, but Lincoln seems different than he was in his glory days. He dotes on his father, visits his mentor at the senior center, and devotes the rest of his time to the youth of their mountain town. Rachel realizes compromise is the name of the game if she wants to get along with the man who has stepped up to mentor Wyatt, but the coach turns her head every time he walks onto the field.

Can Lincoln convince Rachel he’s changed without falling head over heels all over again?

This book is a clean and wholesome sports romance.