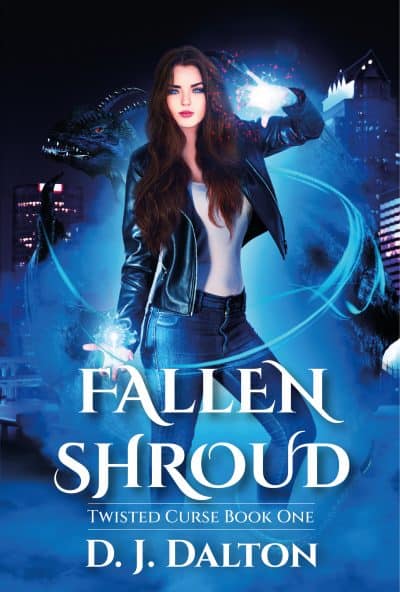 A deadly secret. A woman turning her visions tangible. An unbound magic battle . . .

A deadly secret. A woman turning her visions tangible. An unbound magic battle . . .

Orlando, Florida. Keren Stewart longs to get on track. So despite constant intrusions from her imaginary elemental friends, the animation school hopeful is determined not to let talking to thin air ruin her chances. But her plans go sideways when her mother is hospitalized following a treacherous supernatural attack.

With her mom in possession of the book that bestows magical skills to humans, Keren is dumbstruck to discover they’re both under suspicion for connections to the villainous Dark Guild. And as she and her shifter buddies fight to clear her family name, she’ll have to learn to control her own powerful abilities before the truth about her birthright spells a bitter end.

Can she summon a defense against evil before they all fall to their doom?

Fallen Shroud is the explosive first book in the Twisted Curse urban fantasy series. If you like engaging characters, electrifying action, and a plethora of mystical races, then you’ll love D. J. Dalton’s tear through the veil.