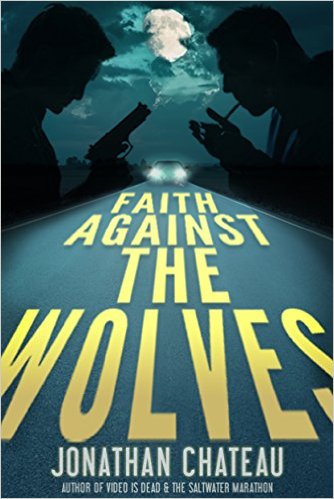 Meet Travis Rail, transporter of supernatural goods. While delivering something allegedly touched by Jesus, the Rift show up—an underground cult bent on collecting all of the treasures of God. And not only are they after the chest, they’re after Travis as well.

Meet Travis Rail, professional transporter of supernatural goods. Aside from his martial arts proficiency, skill behind the wheel and solid track record of deliveries, what makes him qualified to do what he does is that he doesn’t believe in the supernatural claims of his clients – which keeps him objective, honest and detached.

Or so he thought.

When his latest client has him transport a chest containing something allegedly touched by Jesus, his world gets turned upside down. Not twenty minutes into the delivery the Rift show up—an underground cult hell-bent on collecting all of the treasures of God. However, it turns out that not only were they after the chest, they were after Travis as well.

Who exactly are the Rift?
Why do they want him dead?
And is what he’s transporting truly of Jesus?

In his quest for answers, Travis is reluctantly thrust into another delivery, transporting yet another one of God’s treasures. And the closer he gets to completing this delivery, the more he learns that what he’s delivering might just be bigger than the package itself.