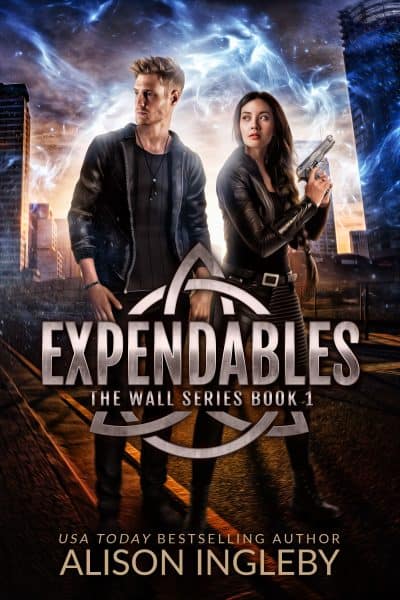 London is divided by a lethal barrier. Inside, the rich live in privilege. Outside, people starve and children disappear. Surrounded by lies and betrayal, Aleesha must decide whether to fight for herself or for her people, and whether to follow her head or her heart.

One girl. A corrupt government. A secret that could shatter a country.

London is divided by a lethal barrier. Inside, the rich live in privilege, supported by the corrupt government, people starve, and children are taken by the government—never to be seen again.

Twelve years ago, Aleesha narrowly escaped capture when her mother mysteriously disappeared. She survives on her wits, trusting no one. But when a rebel organization called the Chain offers her the opportunity to uncover her mother’s fate and her father’s identity, she jumps at the chance.

After all, she has nothing left to lose.

Trey’s days are spent at an exclusive boarding school, trying—and failing—to live up to his family’s expectations. Then one day, the government come for him. On the run, he stumbles into a world of poverty and violence he never knew existed.

The Chain offer him safety—at a price.

When the Chain forces Aleesha and Trey to team up, Aleesha is furious. If there’s one thing worse than an impossible mission, it’s having to drag along a boy with zero street smarts. But when events take a devastating turn, Trey may be the only one who can save her.

In a dark, twisted game of cat-and-mouse, Aleesha must decide whether to fight for herself or for her people, and whether to follow her head or her heart.

The Wall Series is a complete dystopian series that will keep you turning the pages long into the night. Read it if you enjoy thrilling action, slow-burn romance, complex, flawed characters, and intense emotion.