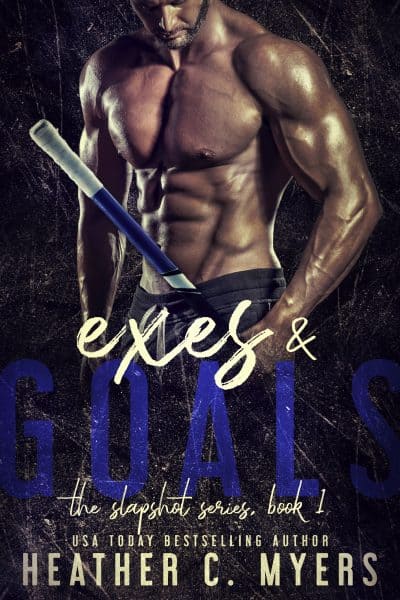 Sports blogger Harper swears she’ll never date a hockey player—especially not arrogant centerman Zachary Ryan. But when she’s assigned a story on him, will their fiery chemistry spark a passion they can’t control?

Newport Beach Seagulls center Zachary Ryan heats things up on the ice . . . and in the bedroom.

As a blogger for the Newport Beach Seagulls, Harper Crawford is living her dream. She gets to write about her favorite sports team—and get paid for it.

Granted, she wishes she could shove an old jock strap in the smart mouth of new acquisition and cocky jerk Zachary Ryan, but hey, she’ll take what she can get.

When she’s required to do a character piece on him at a local nightclub, she screams in her pillow. But getting to know the six foot four, two hundred and twenty pounds of solid muscle better, she realizes he’s not all that bad.

The minute Zachary Ryan sees Harper Crwaford at Taboo nightclub during a team bonding session dressed in a plaid shirt and converse sneakers, he has to get to know her better.

Except there’s a problem from her past that won’t go away. Harper has an ex that won’t stay in her past—where he belongs.

When Zachary gets involved, things get heated and his notorious temper flares.

Zach knows Harper doesn’t want to get involved with a hockey player—especially with an overzealous ex who won’t leave her alone—but he plans to change her mind. No matter what the cost.