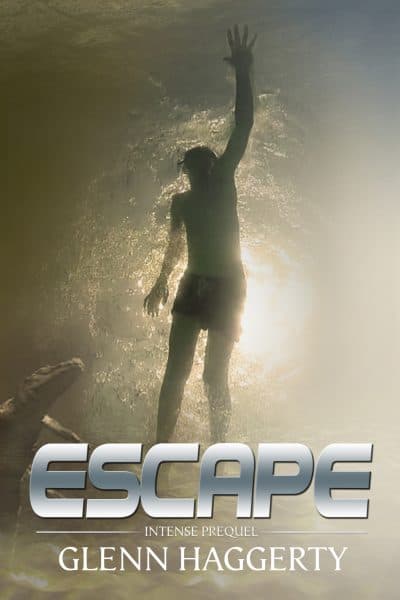 “I’d never seen a dead body before, but I was pretty sure the guy in the car trunk was dead.” Middle school’s tough, and Tyler Higgins just wants to hang with the cool kids. But Dustin’s idea of quality entertainment is spying on parked cars on Lover’s Lane.

Tyler Higgins ditches his nerdy middle school friends and hangs with Dustin, the class tyrant. But Dustin holds it over him—along with a serious little secret. Now, over the worst summer break ever, Tyler has to tag along with Dustin and keep him from doing something too crazy. But Dustin aims at videoing bad stuff in a dangerous place, and while spying on some high schoolers, they witness an apparent body dump.

Bad guys catch the boys and prepare to make them fish food too when the not exactly dead guy—called Garcia—saves their lives. When more thugs arrive, Garcia, who with a hole in his face looks like a zombie, takes off, leaving Tyler and Dustin on their own. While hiding, Dustin reveals a secret that changes everything, but now Tyler must decide between escaping and leaving Dustin to die—or risking everything to help him. He stays, but the boys are separated, and Tyler captured. Now he must face snakes, gators, cruel terrorists, and an underwater dungeon. Garcia reappears, but who is this man with the hole in his face, really? More importantly, whose side is he on?