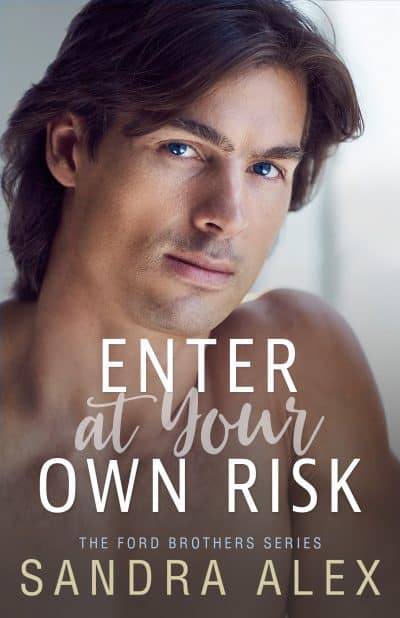 Enter at Your Own Risk (Ford Brothers Book 2)

Kendra can’t stand Wade. The feeling is mutual. Until someone changes the rules.

What can you take away from a man to hurt him, when he already has nothing?

Wade is the only Ford boy who doesn’t inherit his share of the Ford empire until certain conditions are met. He hated his father, was abandoned by his mother . . . and that’s all made for one hell of a rebel.

He belts out lyrics like his life depends on it. But he’s stuck playing at shabby bars in questionable towns until the band makes one dramatic change.

After failing the bar exam, Kendra MacGregor is stuck preparing pro bono cases for an unforgiving law firm. Her life is a pile of crap, and it seems to be getting worse by the minute. Just when she thinks it couldn’t get any worse, the egomaniac musician she had a fight with during her best friend’s bachelorette . . . is now her new client.

Wade and Kendra despise each other and it only gets worse. Until she discovers that Wade is being snowed over by someone he trusts . . . but how can she tell him when he can’t stand her?

Criminals can smell the Ford family fortune from miles away, and it seems that no matter where Wade and his band play, he’s always looking over his shoulder. But Wade isn’t worried about material things, least of all money. Until thieves threaten to take something that’s worth way more than money to him. Will the thugs finally get his attention?

Riveting, filled with angst and truck loads of passion, this book will make you want to throw away all your other conventional romance novels. This book can be enjoyed alone or in sequence with the others. Pick up your copy today!