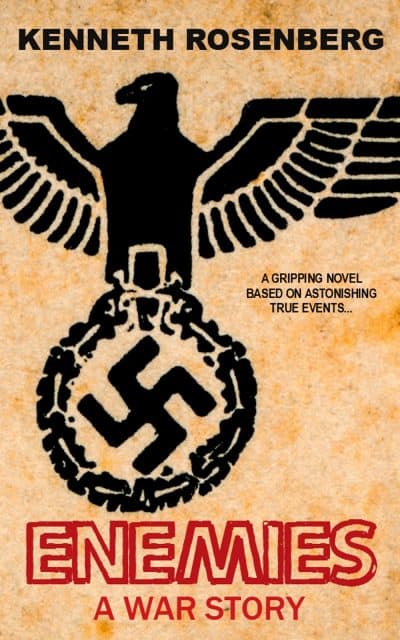 Two friends from Chicago, trapped in war-torn Germany, circa 1942. Their very survival hinges on one harrowing choice . . .

In the summer of 1941, two young men from Chicago took off on a road trip to Mexico. From there, they traveled across the Pacific to Japan, and then on to occupied France, landing in that country on the very day that Germany declared war on the United States. Their epic adventure had suddenly taken a dark turn.

Wolfgang Wergin and Herbie Haupt were American citizens, though German by birth. Both had lived in America since the age of five, yet now they were given a choice by German officials. They could join a Nazi sabotage mission heading back to the United States to blow up aluminum factories, or they could be drafted into the German army and sent to the Russian front. One of these young men chose the first option, and one the second. Only one of them would survive.

While this fragment of history is mostly forgotten today, the episode became one of the most sensational news stories of its time, garnering intense national interest. Enemies: A War Story is a fictionalized version of this true story, sticking as close to the facts as possible. This is a novel that raises challenging questions about the meanings of patriotism, justice, and American morality during difficult times.