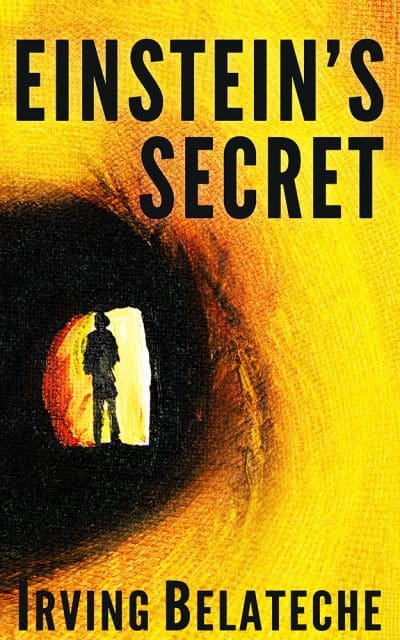 Struggling scholar Jacob Morgan is convinced Einstein made a deathbed confession, and he’s spent his entire life trying to uncover the secret. After years of failure, he’s ready to give up—until he finds a new clue. Is it possible that the past is changing on its own?

It’s 1955, and Albert Einstein lies in a hospital bed, deathly ill. He suddenly stirs, asks his assistant for paper and pen, then scribbles something down. Minutes later, he dies.

History tells us that Einstein jotted down equations that night. But struggling scholar Jacob Morgan believes that history is wrong.

He’s convinced that Einstein wrote a deathbed confession that night—a secret that the great scientist didn’t want to take to his grave.

Jacob has spent his entire adult life obsessively hunting down that secret—with nothing to show for it but the scorn of his colleagues and the tattered remnants of a once-promising teaching career.

But now, thanks to a lucky break, Jacob has a chance to get his life back on track. His appointment as an adjunct professor at the University of Virginia is a fresh start, and he’s vowed to end his pursuit of Einstein’s secret.

Until history chooses this moment to deliver him one more clue. A clue that leads him to an impossible and unbelievable discovery:

And so begins the last leg of Jacob’s desperate quest, one where history is not only changeable—it’s changing. All by itself. And if Jacob doesn’t rescue Einstein’s secret, everything that he’s ever known will disappear forever.