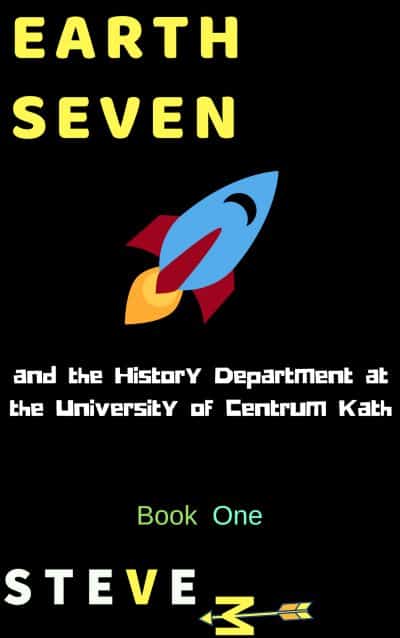 What if they are wrong… …maybe a military science fiction universe isn’t viable. What if it’s a death sentence?

What if they are wrong…

Welcome to the 1,143rd iteration of the universe. We’ve finally conquered the urge to blow up everything.

We survived our encounter with complete annihilation by the narrowest of margins.

So we’re trying something different.

The result is the sort of place we all dream of, almost, if it included a probability calculator and teams of well-meaning assassins.

Historians shape the future with the help of Calcus Majoris, the largest probability calculator in existence. We intervene to lower the future body count or increase the bliss.

We find it helps maintain the peace.

But even a universe at peace is a very dangerous place.

First year historian Koven Modi is a slacker with a dangerous job.

So far all of his missions have been easy and on the bliss side of the ledger. But not even a famous mentor can keep him safe on his next mission.

Can Koven overcome the fear he’s carried since the death of his younger brother?

Just like your planet, Earth Seven is also in quarantine.

What? Don’t act surprised. Look around.

You’ve made a mess of it.

However Earth Seven only has a medieval civilization.
The cult wars have raged for hundreds of years.

Koven is sent to investigate the use of advanced comms technology on this primitive planet.

If military science has destroyed the universe over and over perhaps other assumptions should also be questioned.

Years ago Allor found a crashed spaceship on Earth Seven.

Now he is on the cusp of uniting the planet under his rule.

… he heals the sick with alien technology.
… he travels across the sky as if by magic.

His mother tells everyone that he is a god and has created a religion to worship him. Mother of god, she likes the sound of that.

What could possibly go wrong?

If you like thought provoking alternatives and witty satire, join the thousands who have discovered a new voice in Science Fiction.

Get it now before your planet self-destructs
(currently a 63.82% probability)

This book description is written in compliance with the exception made for FACTION (Facts Told as Fiction) in accordance with Section 183.17 of the Charter of the History Department at the University of Centrum Kath, the largest repository of knowledge and learning in the universe.