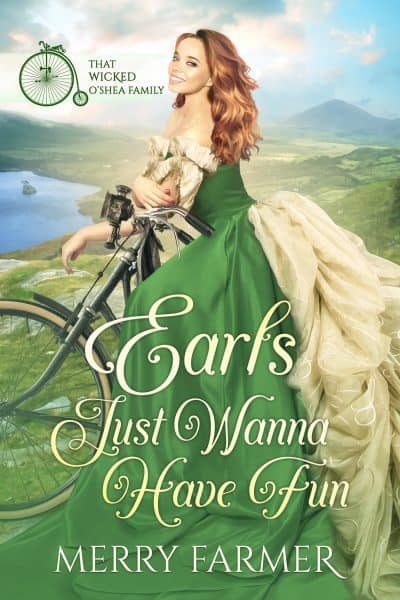 Lady Shannon O’Shea isn’t interested in love, but Lord Colin Crenshaw might just be able to help her with “other things.” A friends-to-lovers and marriage-of-convenience romance that will make you laugh and fan yourself and head to the fridge for a cold one.

Lady Shannon O’Shea has seen all of her sisters married off by their brother, Fergus, in order to keep them out of trouble, and she is determined not to encounter the same fate. She has far too many other things on her hands, including her secretive, scandalous, and growing beer brewing business. She is convinced that the end of the century will be the beginning of a new world for women, and the last thing she has time for is a man.

Lord Colin is in Ireland to serve as best man for his cousin, Lord Blackburn, but it is the bride’s sister, Shannon, who catches his attention. Shannon is older than him, wiser than him, and prettier than him (although just barely, in his opinion). She owns a small brewery, he loves beer. He thinks they’re a match made in heaven.

A friends-to-lovers and marriage-of-convenience romance that will make you laugh and fan yourself and head to the fridge for a cold one.