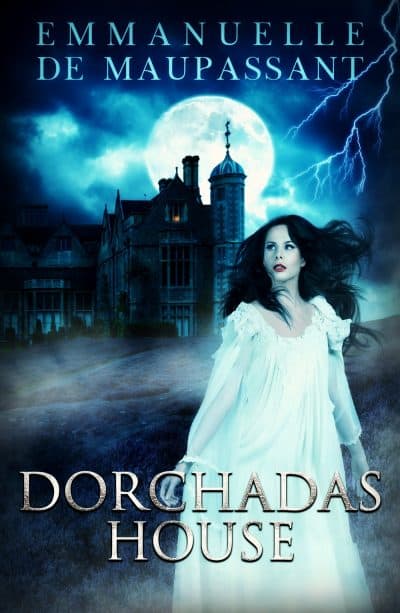 A dilapidated manor on a remote Scottish isle. An old maze, concealing something even older. Strange dreams and awakening desires. “Dorchadas House” is a 1940s Gothic mystery, combining elements of folk-horror with adult themes.

A dilapidated manor on a remote Scottish isle.
An old maze, concealing something even older.
Strange dreams and awakening desires.

Yearning for new surrounds, Iris Muir accepts a position at historic Dorchadas House, on the remote Scottish island of Eirig. Drawn to the wild landscape, Iris hopes to forget the burdens of her past: her father’s death, a narrow life in a small-minded town.

But the dilapidated manor houses its own secrets. There are strange cries in the night, and is the stoic housekeeper Mrs McInnes all she seems? Iris begins to have disturbing dreams about the maze, planted centuries ago in the manor grounds to honor the “old ways”, concealing something even older.

“Even on that first night, I dreamt. A presence, in the darkness.”

Despite the consuming task of refurbishing the manor as a guesthouse, Iris increasingly feels the brooding presence of Neas and Eachinn, the two brutish farmhands who seem as much a part of Dorchadas House as the old maze.

As autumn wanes and Samhain Eve approaches, the island folk prepare to honour the dead and the Goddess Nicneven, as they have done for generations past.

Has something more than chance drawn her to Eirig?