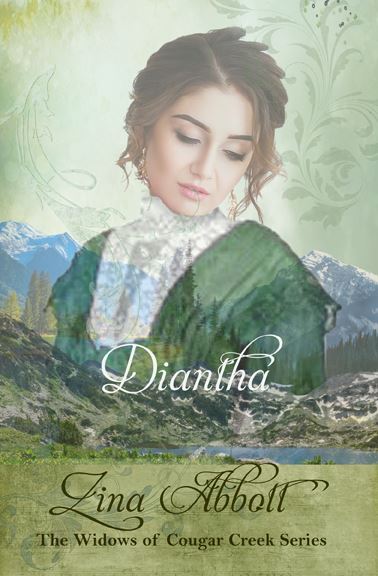 Is the man who arrived in town to take one of Diantha’s jobs away from her an enemy or her salvation? Can Hank succeed where before he failed? Buck comes back to Wildcat Ridge, but will the sassy, talkative redhead he can’t forget welcome him?

The daughter of a Georgia plantation owner, Diantha Ames was raised and educated to be a lady. Surviving the Civil War as a child, her family, in a desperate, but ultimately unsuccessful bid to save the property of both her father and her uncle, arranges a marriage between her and her first cousin. Although not a love match, she and Eugene were amiable. However, as information about her husband comes to light after his death in the Gold King Mine disaster that took so many lives in Wildcat Ridge, she is left with her husband’s hotel and postmaster position to fill—and a lot of questions.

With Diantha’s former laundress gone, she hires Hilaina Dowd, whose family hails from the mountains of Appalachia, for the job. The young woman who loyally stays with her mother who wishes to live out her life in Wildcat Ridge and be buried next to her husband who died in the mine disaster turns out to be both a friend and a defender.

Henry “Hank” Cauley is branded a failure after refusing to be part of his father’s Salt Lake City brick-making business and then losing his stationary and book store business. While working as a common laborer in the family business to pay off his debts and save towards the future, his brother and conniving sister-on-law use their political influence with the territorial congressional representative to bury him away far from Salt Lake City by having him awarded the postmaster position in Wildcat Ridge. Only, when he arrives in town to take over the position starting the first of September, he discovers, much to his surprise the postmistress, Diantha, knows nothing about the change, and is not relieved she no longer is obligated to fill this position originally awarded to her deceased husband. Finding himself surrounded by those loyal to the soft-spoken, Southern lady, is he destined to also be a failure in Wildcat Ridge?

Buckley “Buck” Kramer, wrangler on the Grassy Fork Ranch in Colorado, has not been totally satisfied with his lot ever since the trip he took to Wildcat Ridge earlier in the summer with his boss and best friend on the ranch and seeing the happiness of family life the two men enjoy after they brought back wives. When two trail-worn young brothers stumble onto the ranch looking for a meal and permanent jobs, but are told with winter coming on there is only room for one, Buck insists on leaving in order to keep the brothers together. Is Buck really dissatisfied with his job on the ranch, or is this an excuse to return to Wildcat Ridge and the woman he has not been able to get out of his mind?