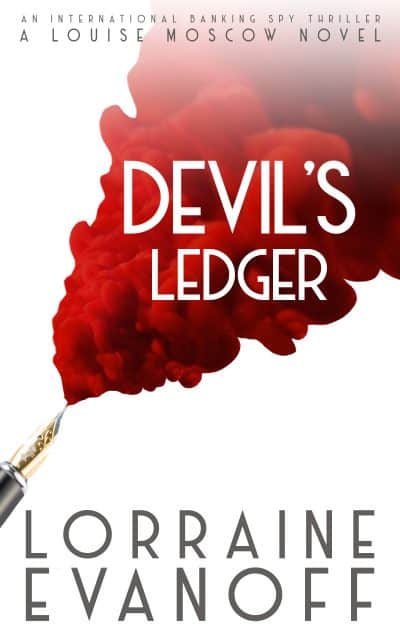 After cracking her last “banker’s grave” murder, the CIA recruited Louise Moscow to their financial crimes division. Her top-secret mission: to expose the devastating fraud behind the collapse of the world’s oldest bank, while fighting The Master of Russian Dark Arts.

If James Bond were a woman . . . Louise Moscow, shaken but never stirred.

Once again, our heroine sets out to solve wrongs in the world of international banking and finance in this final chapter of the Louise Moscow spy thrillers.

Louise is now an operative of the CIA, and is called upon to investigate the most unlikely of suspects: her own father, a top-level lawyer defending a Russian mafia style individual. Louise’s investigation takes her again to Europe, this time to Italy, and the historic city of Sienna. The world’s oldest bank is in trouble, and Louise wants to find a way to save it. Suffice to say it has murder, mayhem, intrigue, torture in an infamous Russian prison, and a trillion-dollar treasure to be found.

Devil’s Ledger is a nonstop confrontation with evil. Whether one believes in the literal Devil or not, humanity has no better allegory to describe human greed, corruption, and an insatiable lust for power. Evil need not be supernatural to be stopped.

And that’s where Louise Moscow comes in.