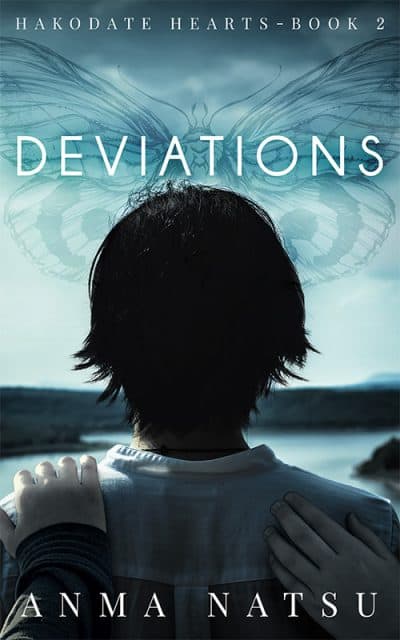 Miho’s long war with her own mind has her ready to give up when she meets them: charming Taka with his barely leashed rage and sweet Shinji hiding his abuse behind a boyish smile. But can their hesitant connections survive their internal demons?

Not all love triangles end with choosing just one side . . .

For seventeen-year-old Miho, the long war with her own mind is becoming too much to bear. Between the unending nightmares, PTSD, depression, and isolation, the mental skirmishes never end. Those sweet whispers of the dark wisps promise freedom from the pain, and it’s getting harder to say no.

When she witnesses a tragic accident, she catches the interest of her classmates Taka and Shinji, two boys with reputations for being casual playboys. But they let Miho see what no one else bothers to notice, like the regular abuse Shinji hides behind a sweet smile and easy-going laugh and Taka’s barely leashed rage and frustration over his inability to protect his best friend or even control his own destiny.

What starts as a hesitant friendship becomes a deep connection the three can’t ignore, but do they dare dream of happiness when the world around them seems bent on destroying them?

Deviations is an upper YA romance with teens who cuss and have sex, a positive exploration of alternative relationships, and a realistic portrayal of abuse and teens battling mental health issues.