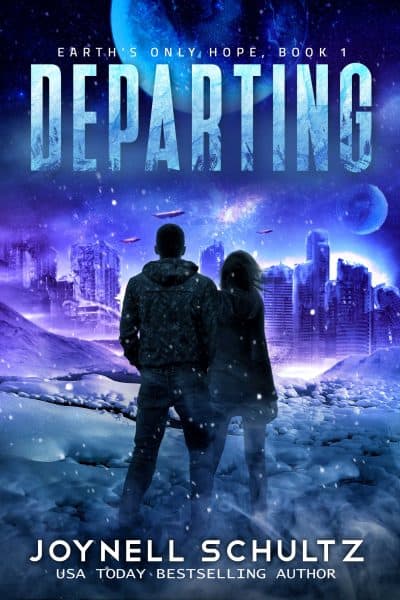 Live or die, stay or go, the choice is meant to be easy . . . I can either board an alien spaceship with my fellow criminals or rot in prison on a dying Earth.

I can either board an alien spaceship with my fellow criminals or rot in prison on a dying Earth.

The spacecraft’s captain, a handsome alien who looks remarkably human, has been visiting me in my dreams for over a year. He has given me the companionship I need during my time locked up in my prison’s solitary confinement and the way he holds me in the dark makes me forget the Earth is on the brink of extinction.

In the midst of another ice age, humanity will be wiped out soon, but the alien spacecraft gives hundreds of us another option. If I get on that ship, I have a chance at surviving.

And I’m a survivor.

Only, a deadly disease is spreading among the aliens and has already wiped out three-quarters of their population. It appears to be a virus, but as the aliens continue dying despite all precautions, I begin to wonder if the disease is something else.

How do I keep the man I’ve fallen in love with safe?

And if he dies, along with the rest of his alien race, how will us humans manage a ship filled with unknown technology?

But if the disease also wipes out the humans on board, none of this will even matter.