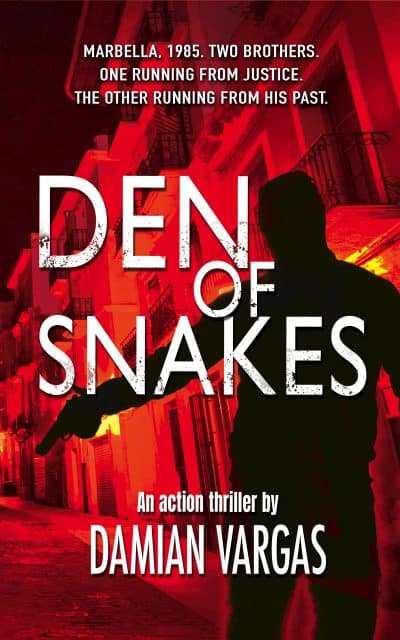 Marbella 1985. A time of excess and greed. A place of betrayal, corruption, and violence. Former paratrooper Eddie Lawson hitchhikes to Spain to find his gangster brother. Eddie needs his help, but can he steer clear of the dark temptations of the “Costa del Crime”?

Marbella, 1985. A time of excess and greed. A place of corruption, betrayal, and violence. Former paratrooper Eddie Lawson has done many things in his life of which he is not proud. Still, the tormented Falklands war veteran has always kept the promise he made to his devoted mother on her death bed: don’t ever be a criminal.

Estranged from his wife and daughter, and destitute, he hitchhikes his way to southern Spain to find the brother he has not seen for a decade. All he wants is to borrow some travel money so that he can join up with a mercenary unit in Africa. It’s the closest he can get to being a real soldier again. When he arrives, he finds his brother living the high life. Charlie has a luxury villa, fast cars, and throws lavish parties—the product, he says, of his “multiple business ventures.” But all is not as it seems.

Eddie quickly learns that his brother is a villain on the run from the British police. He is living on his ill-gotten gains with the rest of his crew, but all too aware that the heavy hand of justice is but one misstep away. And his money is running out.

Torn between a rekindled kinship with his brother and the promise that he made to his mother, can Eddie navigate the dark temptations of “The Costa del Crime,” or will he follow his brother’s descent into the criminal underworld?