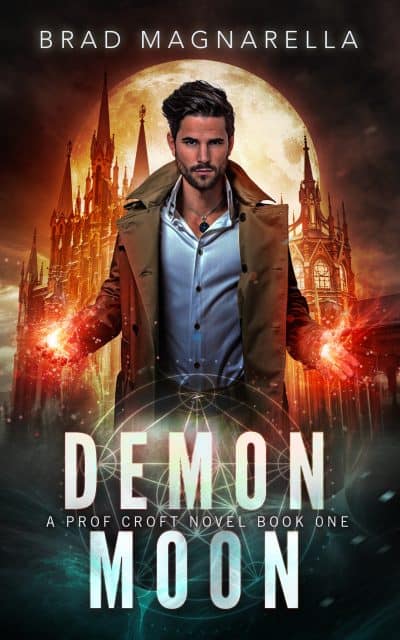 As a scholar and spell-caster, Everson Croft knows his magic. But when a mysterious evil threatens New York City, will it be enough? Find out in the first book in the 100,000+ selling Prof Croft series!

Show me an amateur conjurer, and I’ll stop him before he gets himself killed.

That’s the idea, anyway. But New York City isn’t what it used to be, and I don’t mean the recent crash.

Amateur casters are calling up creatures they shouldn’t be able to. And there’s been a murder at the city’s most hallowed cathedral, a message in blood on the victim’s back the NYPD wants me to interpret, like yesterday.

Something tells me I’m in over my head. And that’s not just Chinatown’s newest mob boss, a scary-powerful vampire, or my possessed cat talking.

No matter how much magic I hurl, worse keeps chasing bad, and I’m amassing enemies like they’re aluminum cans.

Did I mention the end of the world might be nigh?

If you like occult action, spell-crackling suspense, and moments of heart, heroism, and all-out laughter, you’ll love Prof Croft!