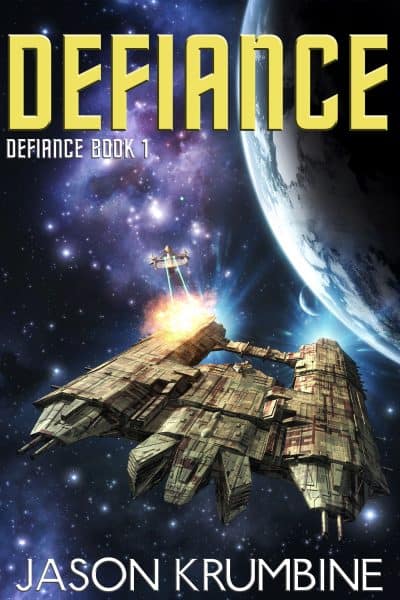 When a forgotten alien menace returns, all that stands between us and annihilation is one ship.

One hundred years ago they came. We reached out to them with a hand of friendship and they returned the gesture by nearly destroying us all.

After a single encounter with the mysterious alien race identified only as Species 4876, the United Planetary Alliance was nearly decimated. Stopping their lone vessel was almost a hollow victory in the aftermath of the haunting mystery that Species 4876 presented: Where had they come from? Why did they attack us? And most of all, what if they came back?

But they never did.

Today, the threat of Species 4876 is a distant memory, a nearly forgotten footnote in the history books.

On the outer rim, cut off from any backup, ignored by Fleet Admiralty and surrounded by a hostile empire and an interstellar crime syndicate, Captain Mitchell and his crew of the USS Defiance find themselves as the first, and possibly only, defense against an alien menace that the rest of the galaxy has all but forgotten about.