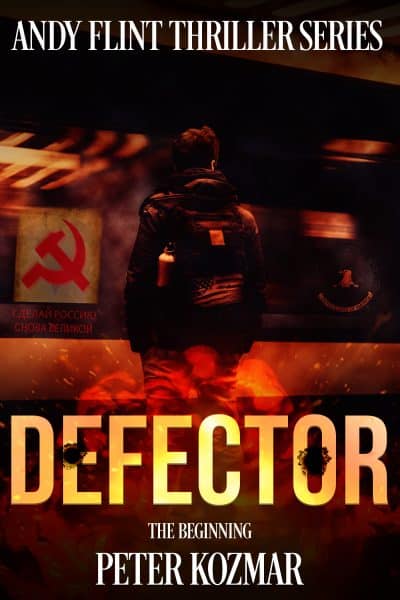 CIA agent Andy Flint has a mission, to secure the defection of an asset. Flint soon finds himself facing a ruthless FSB opponent, Oleg Malchik. As Malchik closes in, Flint has his own problems with the Mafia. With both in hot pursuit. Who will get to Flint first?

His first month in the job and the Russian’s want him dead . . .

With Malchik closing in, Flint has his own problems with the local Mafia. But things turn for the worse when Malchik wants Flint dead. With the FSB and the Mafia in hot pursuit, Flint believes there’s a mole helping Malchik.

Who can Flint trust? Can he complete his mission? Who will get to him first, the Mafia or Malchik?

Defector is the first stand-alone novella in the Beginning Series, part of the series of international thrillers based around CIA agent, Andy Flint. If you like action, a page turning roller-coaster of a read and plot which keeps you on the edge of your seat, you’ll love Peter Kozmar’s gripping thriller.