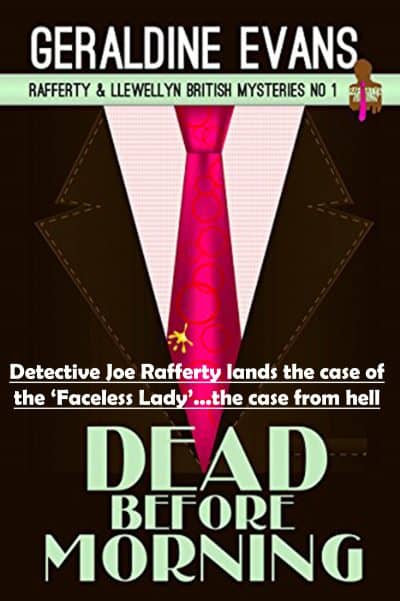 A murder investigation . . . and Rafferty’s already got troubles in spades.

His first case in charge looks like being his last.

Because he suspects that the case of the “Faceless Lady” is a poisoned chalice, gifted by his new boss who is only waiting for Rafferty to fail, to put the boot in. He’s even arranged his newer partner—a pedant who rubs him up the wrong way from the start.

Does she really expect him to supply a Get Out of Jail free card for his cousin, “Jailhouse”Jack? When what his cousin needs is a miracle.

And Jack’s not the only one.

Rafferty’s boss looks increasingly expectant of his failure. If he’s got some detective favorite ready to slot into his space, the case of the “Faceless Lady” looks likely to be the one to do it. His Ma’s little problem just adds the cherry on the top. All he can do is grit his teeth and hope for a lucky break.

But when he gets it, it’s from such an unlikely source that he suspects the fates are having a laugh at his expense. But it’s the only clue he’s got, so he has to follow it up.

Will he end up with egg on his face? Or solve the murder against all the odds?

Rafferty wishes he knew. The only thing he’s sure of is his boss gunning for him if he fails. Determined to deprive him of that satisfaction, he goes with his gut-instinct but keeps his fingers crossed all the way.

“Evans’ humor seriously added to my enjoyment of her book. The series has stand out central characters and clever plots.” —Aunt Agatha’s Bookshop, Ann Arbor