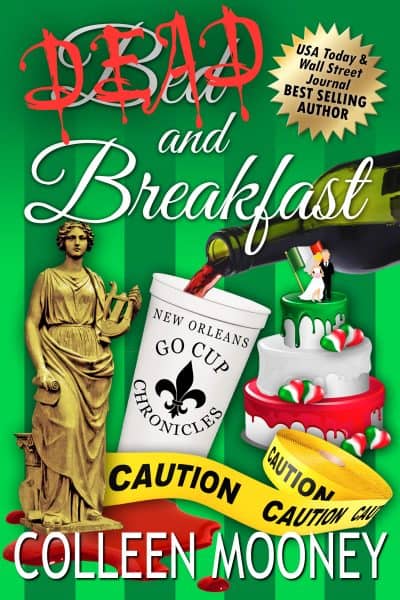 If you’re looking for great mysteries with twists and turns that keep you guessing until the end, quirky characters, and a sprinkle of romance – you’ll love this book, because there’s no place like New Orleans to have a GOOD CRIME!

Brandy Alexander is a true and trusted friend – not to mention something of a detective– who else would you call if you found a dead guy in your bedroom? So when Brandy’s best friend Julia, the ex-stripper-turned hotelier, finds her first guest covered in blood, lying half on and half off a broken bed—with Julia’s panties swinging from the chandelier – she gets Brandy on the horn. And Brandy does the only sensible thing—first makes coffee, then calls the police.

And who should respond but her recent ex-boyfriend, Dante, with a brand new female partner. But wait! This is not nearly complicated enough for New Orleans, where, after all, everybody knows everybody! Julia’s lawyer is none other than Jiff, Brandy’s new squeeze (and the reason Dante’s the ex-boyfriend).

As the suspense mounts, the romance blossoms, and not just one—Jiff’s looking more and more like Mr. Right: a 100% Class Act, with his own Schnauzer and a soft spot for Brandy’s dog. But Dante makes it clear that he doesn’t plan to go quietly; the former Mr. Right Next Door has a few very sexy moves he’s been holding in reserve, which could knock more than Brandy’s socks off!