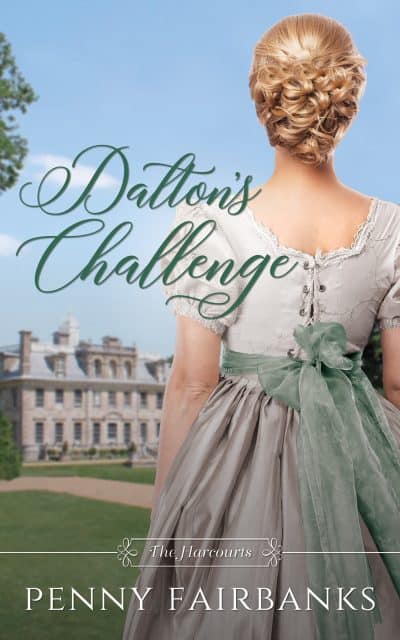 She’s cold as ice with a grudge she vows to take to her grave. He just wants to enjoy life as much as possible before his fate catches up with him. Can they show each other new ways to love?

Having spent half her life in her younger brother’s shadow, Miss Winifred Thirley has tried so hard to be perfect in order to win back her parents’ love.

Unfortunately for Winnie, her attempts at perfection have practically turned her to stone. Is it so wrong for Winnie to value responsibility, decorum, and a serious approach to life? According to the foolish and carefree Mr. Harcourt, it is.

In a cruel twist of fate, Winnie’s family is invited to spend the summer at Attwood Manor—Mr. Harcourt’s home. How will Winnie survive an entire summer living under the same roof as the gentleman she’s sworn to hate forever?

Mr. Dalton Harcourt will become a baron one day. Until then, he plans on having fun and living life to the fullest. That’s easier said than done when Miss Thirley glares daggers at him every time they cross paths. She’s hated him for the past two years after a very brief and disastrous courtship.

At least Dalton doesn’t have to deal with her outside of London . . . until his mother invites the Thirley family to spend the summer with them in the country.

Will Winnie be able to forgive and see a brighter side to life in the process?

Can Dalton overcome his fears in order to face life’s challenges head on?

Their past will lead them to an unexpected future.

Dalton’s Challenge is a sweet and clean regency romance novel that continues The Harcourts series. Each book can be read as a stand-alone.