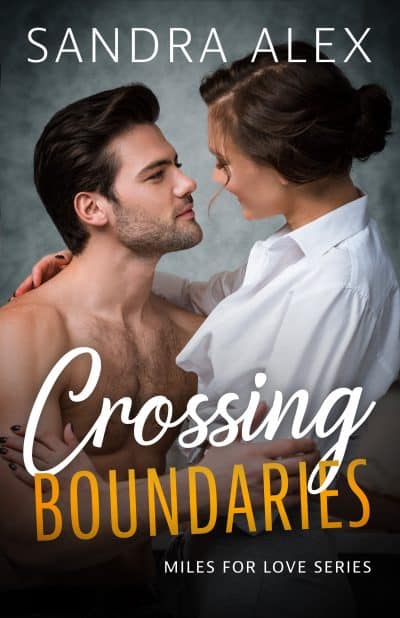 Daniel is a doctor-in-training with a broken heart and a chip on his shoulder. He has no idea that Kayla is the best medicine for him.

A ruthless ex. An abandoned medical degree. And a woman who will make Daniel forget all that.

Kayla marries Nick when she isn’t old enough to know better. With an ever-ailing mother and co-ownership of Nick’s company, Kayla is too busy to see what everyone else does until it is too late. With no children, an unfinished education, and both the intelligence and drive to move mountains, nothing can stand in Kayla’s way . . . until the first day of school.

Daniel is hard-nosed, has a chip on his shoulder, and has neither the time nor the desire for anything other than work. Pre-med and former military, Daniel is the chosen sibling to watch his father post-stroke, adding fuel to his ire, as his already busy life has been put on hold. He’s a loner, hard-working, he’s rich . . . and he is about as sexy as they come.

Kayla and Daniel have a very awkward meeting . . . at least on the second attempt. Daniel can’t stand the once-too-forward girl he met when forced to go out with his friends, and Kayla begrudges her friends for forcing her to slip off her wedding ring and party before the ink dried on her divorce papers. Kayla never expected things to end up the way that they did, and if she could take it back, she would. But life’s like that.

Everything is all perfunctory between Daniel and Kayla until Daniel learns something about her that compels him to help her in a way that nobody else can. While she refuses to take the hand that he’s offering her, she soon realizes that when it comes down to it, he is all that she’s got, and he soon realizes that she’s all that he’s ever wanted . . . he just never knew it. A once-hardened man softens and learns to open his heart, because his heart will take nothing less than hers.

A heartbreaking yet heartwarming love story about what happens in real life when two people are forced together under difficult circumstances. Daniel and Kayla will warm your heart and renew your belief that true love is really out there, even when you’re not necessarily looking for it. This is the first book in a new steamy romance series. All the books in this series can be read in any order. Pick up your copy today!