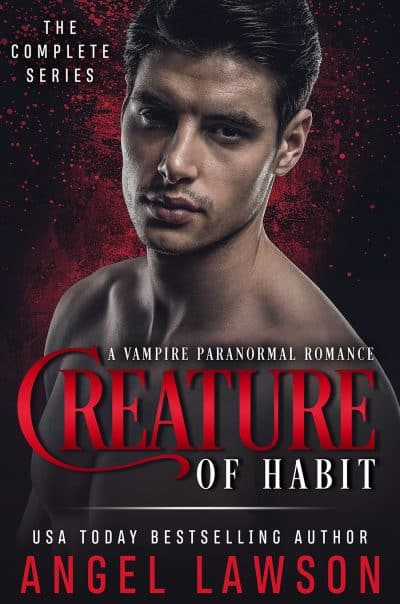 There’s a thin line between love and obsession. With a vampire that can quickly turn deadly.

There’s a thin line between love and obsession. With a vampire that can quickly turn deadly.

I had no idea what or who I was getting involved with when I accepted coveted position of personal assistant for the brilliant yet reclusive Grant Palmer. I knew he was rich and handsome, but I didn’t know that he was an obsessive-compulsive, rude, demeaning jerk until it was too late.

It was also too late because I needed his protection from a deranged killer. At least that’s what I told myself. In truth, as much as I hated him, I wanted to know what secrets he was hiding, the truth behind the locked doors and hidden treasures. I wanted to know everything about Grant Palmer because not only was he obsessed with me, I was obsessed with him.

There’s a thin line between love and lust.

Crossing that line may ultimately get me killed.

All three books of the sexy, dark, Creature of Habit Vampire series are bundled in one thrilling set!