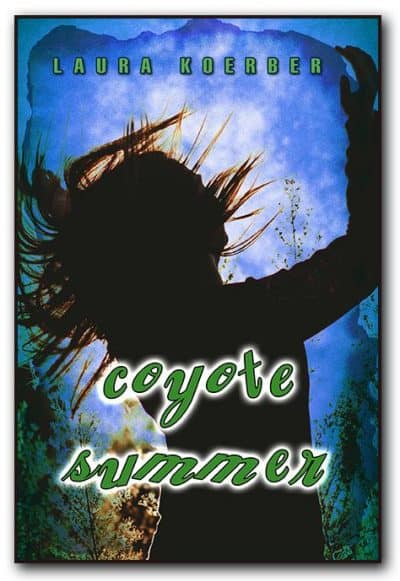 The summer of magic forty years ago when Ben was just seventeen. It started with rape and ended with a promise. In between, things happened that Ben didn’t understand. A man turned into a coyote, a girl danced in the air, Ben broke the law, and he fell in love.

Coyote Summer, a magical realism novel on a coming-of-age theme, is about the aftermath of a sexual assault, but from the perspective of a male witness.

Clint had done that by winning his dad’s seat in Congress. Benny didn’t know anything about Claire, except she’d never married and she still lived in Camden. Right there in Clint’s district.

Ben was nervous. His voice had to reach across the Rocky Mountains, across the Great Plains, and all the way to Wisconsin. And it had to reach across nearly forty years and who-knows-what changes and pain as well. Did it mean anything that Claire never got married? Girls who went to Saint Anne’s were brought up to get married.

As the phone rang, Ben’s memory returned to the past . . . and the two girls who’d rerouted his life the summer before college. An assault on Claire right after their high school graduation had led Ben to struggle with right, wrong, and his place in society; while his first love, Puppy, taught him there was much more to life than a prep school upbringing . . . maybe even things that floated beyond the realm of human understanding.