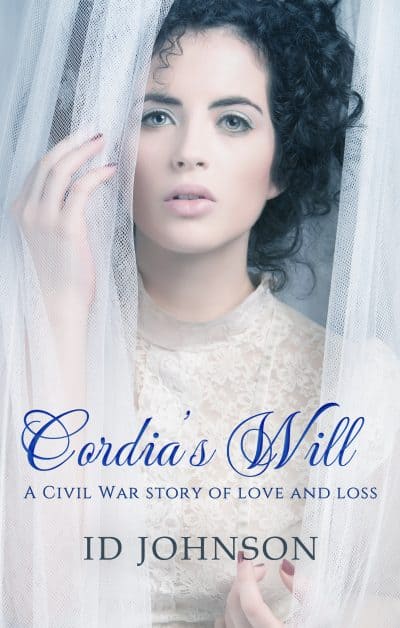 Cordia’s Will: A Civil War Story of Love and Loss

Torn between two men, Cordia is trapped by her circumstances as the Civil War closes in. In these desperate times, she must rely on her own resolve and follow her heart, even if it costs her everything. Ultimately, the war may decide her fate.

The Civil War is coming to Southwest Missouri, whether the residents of Lamar are ready for it or not. “Bleeding Kansas” has begun to spill over into the neighboring counties, and the threat of guerrilla warfare is an ever-present danger. Now, young men across the county are choosing sides, prepared to fight and die to save the Union or defend state’s rights.

Cordia Pike has always been known for being stubborn and determined. When she is faced with marrying childhood sweetheart Jaris Adams just before he departs for war, she realizes she does not love him. But how can she send him away to fight with a broken heart? Complicating the situation even more, Cordia finds herself attracted to Jaris’s mysterious cousin, Will Tucker. When she finds out that Will reciprocates her feelings, Cordia becomes trapped between protecting the feelings of a dear friend and following her heart.

Once the Civil War is upon them, Jaris and Will find themselves across the battlefield from each other, swept up in the bloodiest conflict our nation has ever seen. From the Battle of Carthage, to Wilson’s Creek, to the siege at Vicksburg, the men from Lamar must fight to defend their beliefs. The final test comes with the defense of their home when Lamar is threatened by the Devil Quantrill and his band of guerrillas.

Cordia’s Will weaves together the story of one strong young woman’s search for love with the indescribable horrors of war. Will Cordia acquiesce to those around her or choose her own path? Can her one true love fight his way back to the solace of her arms? Or will Quantrill destroy the town and any chance Cordia has for finding happiness at last?