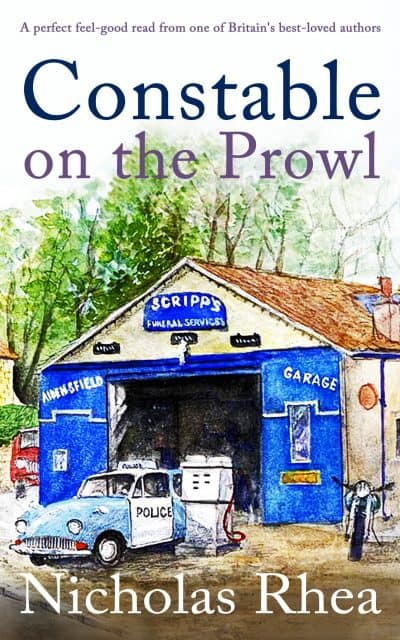 Nick is still settling into his role at the Ashfordly Section police station, and he’s drawn the short straw: night duty. A sleeping village doesn’t mean a simple shift, though.

Constable Nick is on night duty.

Nick is still settling into his role at the Ashfordly Section police station, and he’s drawn the short straw: night duty. Alone in the midnight hours with nothing but dead leaves, stray cats, and legends of ghosts and ghoulies to accompany him.

A sleeping village doesn’t mean a simple shift, though. Between the early risers of the farming community, a badger with a sweet tooth, and getting to know his new workmates, there’s no time for Nick to kick his feet up in the station.

The village is asleep, but the wrong-doers aren’t.

And of course there’s Claude Jeremiah Greengrass! Why did he have to retreat hastily down a ladder from a lady’s bedroom and what happened to his trousers and shirt? And can he really be innocent of taking a deer during the night, when he was seen emerging from the forest carrying a particularly fine set of antlers?

In the beautiful North Yorkshire countryside of the 1960s, Constable Nick’s roles are as varied as the eccentric villagers.

It’s not the big city, but the Yorkshire countryside is still full of incident.